skip to main | skip to sidebar

For the past twelve years, Good friends, Mahfouz and Sylvia El Shahawy, and Admiral Travel, annually host fifty couples on a fabulous cruise to distant shores around the world. They have taken us to Egypt, China, Mauritius, Slovenia, Croatia, The Check Republic, Austria, Reunion, Zimbabwe, Turkey, New Zealand, Australia, South Africa, the Western Caribbean, Tunisia, India, Spain, Portugal, Morocco, Italy, The Seychelles, Maldives; and who could forget our visit to Nosey Bee in Madagascar?. We depart on Tuesday, October 26, 2010 for Cambodia, Viet Nam, Thailand and Singapore. Stephanie and I have yearned to see this part of the world and it is now eminent.

One of the endearing qualities about my wife is that she keeps a detailed dairy of our travels with our photographs and clippings. I believe we will enjoy reminiscing about these adventures when we are old and sitting in wheelchairs. You see, we do not just visit these countries as tourists. Because most of the people on these cruises are physicians, Mahfouz is able to arrange meetings and symposia with other physicians where-ever we visit. These are meaningful exchanges that add tremendously to the value of our experience.

Some of the moments from these trips that occur to me as I write this include:
1. Celebrating our New Years Eve party twice by re-crossing the international date line;
2. Visiting a village in South Africa where everyone, including the women were topless;
3. Dr. Malcolm Taylor and I seeing a golf course while on a tour of Morocco and asking the bus driver to pull over. We walked across a field to the course, rented some clubs and enjoyed a marvelous afternoon. We then took a taxi back to our good ship, The Crystal Harmony.
4. Touring a sheep farm in New Zealand and after watching men herding several hundred little lambs into a slaughter house, my wife asked: “What are you going to do with those cute little lambs?” to which the herder replied: “Lady, have you ever hear of lamb chops?”
5. The marvelous food and wine in Tuscany (Italy) as well as enjoying a city without cars or streets (Vienna)
6. Playing elephant polo in India;
7. Meeting the head of Antiquities in Egypt who took us on a personal up close and personal tour of the mystic Sphinx. The four Alpha men in the group gathered and sang the Alpha Hymn in the presence of the Sphinx;
8. Standing on the rim of a live boiling volcano in Reunion;
9. The morning and evening exercise /dance sessions at the public parks in China
10. When we learned that the Canary Islands were so named because the explorers found dogs (canis) and that there were no canaries, we went to the Virgin Islands and didn’t find any canaries there either.

While we will be away for two weeks, I will obviously write about our travels, please pray for our safety and plan to join us next year. After all my travels, I continue to believe: “Nuh weh no better than yard!"
Posted by Basil Waine Kong at 5:26 AM 1 comment:

The State of Health Care in Jamaica

Gary Spaulding, Senior Gleaner Writer , wrote in his Oct. 17, 2010 Column that: “…human-rights groups would do well to focus their attention on the health sector. I suspect that the treatment at hospital is worse than police excesses, if less spectacular.,, Over the years, the RHAs and senior positions in the public-hospital system have been administered by persons who are clearly motivated by the need to protect their jobs and status instead of advancing the Government's vision of a cost-effective, sustainable health-care delivery system… Can one, therefore, blame persons who rush abroad to seek medical treatment as they feel that a minor bellyache is coming on?”

It would appear that we have assassins in uniform on the one hand as well as a health care system that hastens the demise of those seeking acute medical care on the other. Underfunding, lack of appropriate planning and organization result in the inhumane treatment of our citizens. The shortages of essential medicines, supplies and equipment is a crime against those needing medical care. Given that lack of resources and organization is not a problem with a foreseeable solution, we need to change our focus from acute care to prevention. Obesity and inactivity exerts a heavy burden on our resources.

It is difficult to imagine that with all the sunshine, ocean, open spaces, and such a strong sports tradition, 20% of our children are overweight. All aesthetics aside, being fat ought not to be perceived as anything other than unhealthy.

Obesity has reached troubling proportions in Jamaica. Since 1980, we have seen a 50% increase in the incidence of obesity every decade. This dramatic rise in obesity is inevitably accompanied by an equally critical rise in diabetes, resulting in over 20% of Jamaican adults suffering from this awful disease. Diabetes is particularly nasty as it impairs eyesight, causes impotence, and may result in the amputation of toes and legs. How did a society where people walked miles each day, succumb to this plague of inactivity, diabetes and obesity? An unhealthy country is a country without a future.

The United States has taught the world that there isn’t enough money to pay for all the disease caused by obesity, lack of exercise, cholesterol, smoking and diabetes. However, the United States spends 20 cents of each dollar collected as revenue on health care. Still, the life expectancy of an average African American men is less than Jamaican men. The United States has a so-called ‘state-of-the-art’ health care system, yet they are way behind the rest of the world in promoting health and well-being. When a patient has a disease, treat the disease; similarly, when a large segment of a population has a disease, treat the country. If you want to reduce violence, crime and unwanted pregnancies in Jamaica, let children have the opportunity to know their grandparents.

Jamaica needs a system that promotes health and not an expensive “health care system” that only treats disease. In a country where the average household income is less than US$4,000 per year, Jamaica can ill afford to provide invasive and expensive medical services to treat illnesses that should have been prevented. A “System of Health” emphasizes prevention, while a “health care system” places emphasis on the treatment. By being proactive instead of reactive, we can inspire people to take health promotion and disease prevention seriously.

Jamaicans live on an island of sunshine and cool breeze and most of us must live and eat by the sweat of our brow. Europeans and Americans come to our island to lose weight through exercise and heart healthy eating, so why can’t we take advantage of these home grown remedies? If we consider the fact that most of the disease that plague us and cost so much can be prevented, it becomes apparent that promotion of heart health and exercise would allow enormous savings for the health care system. In fact, just about all the heart attacks, heart failure, strokes, diabetes, kidney failure (diseases that kill 50% of us) could be prevented by making simple adjustments to our lifestyles. Being proactive in health can add 10 more years to enjoy the company of our grandchildren and guide them to a happy, healthy and productive life.

I grew up reciting the nursery rhyme about Humpty Dumpty who was lazily sitting on a wall, had a great fall and nothing could put him together again. If Humpty was not sitting on the wall, his risk of falling would be far less. We can take an important message from this nursery rhyme by understanding that no matter how good our reactive plans in medicine and surgery may be, it will never be as good as prevention. An ounce of prevention is always going to be worth more than a pound of cure.

While our government struggles daily with how to allocate our limited resources, it should be recognized that it would be a good investment to spend more on prevention. At present, the Government spends less than 5% on prevention of diseases and we need to increase our spending here to at least 25%. In a Gleaner article dated 13/8/2008, Prime Minister Bruce Golding, in identifying this problem addressed 750 delegates from 80 countries at the opening ceremony of the 57th August General Assembly of the International Federation of Medical Students’ Associations disclosing the fact that the Government is planning to launch an island wide program aimed at getting people to adopt healthy lifestyle practices. In outlining the Government’s plan, Prime Minister Golding emphasized the need to sensitize the public of the benefits of a healthy lifestyle, letting them know that “you can eat yourself to death in the same way that you can smoke yourself to death.” However, other than this speech, not much has been done in this arena.

Comparable to the above mentioned program, The Heart Institute of the Caribbean has developed a plan which involves an island wide tour aimed at training “Community Health Advocates” in various parishes. This plan also involves cardiac screening and group counseling thus effectively identifying the healthiest and most at risk communities in Jamaica. This way, we can educate and motivate our citizens up close and personal to maintain good health.

Just as it would be unconscionable not to have an infectious disease program, it is unacceptable not to have a prevention program. Every citizen must recognize that if they do not take time to exercise and eat well, they will prematurely succumb to disease. God made us to be strong and physically fit, and by choosing to be “fat and lazy”, we will have to pay a price that our government can ill afford.

Posted by Basil Waine Kong at 6:02 AM No comments: 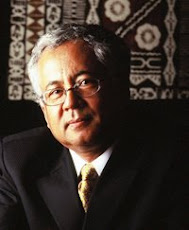 Why I moved back to Jamaica

Basil Waine Kong
Kingston, Jamaica
I lived foreign for fifty years and visited 100 countries but having spent my youth in St. Bess, my heart yearned for the charms of Jamaica. In the twilight of my years, I still get into the mood when the lightening quiver and it rains on my zinc roof. I linger over my memories. My heart will remain young as long as I can wake up with my wife,play a round of golf with friends and jump from my seat at Sabina Park when we lick a six. If it wasn't for ackee and salt fish, yam and boiled bananas with mackrel, I could eat cornpone every morning. "Hell a top, hell a bottom,Halleluja in the middle." I delight in a swim in the Sea, play dominoes by the road and watch the natural talents of our people unfold. Yu mek mi proud Usain! These experiences defines me as the Jamaican I am. With a nod to T.S. Elliott, after all my roaming, I have arrived where I started and getting to know the place for the first time. Time and distance claimed no victory over my affection because the songs of my people wash over me. I am at peace with my benediction. My anchor is dropped. There is no where else I want to be except Heaven where I can sit down happy. “Nuh weh nuh better than yard”.